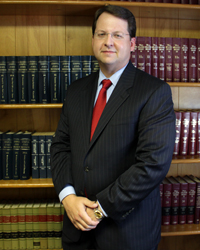 Ben Schwartz is an American jury trial lawyer. He frequently represents plaintiffs in catastrophic personal injury and wrongful death cases. He also represents the accused in criminal cases, and represents physicians and other medical treatment providers in licensing and other litigation matters.

Ben is the Managing Partner of Schwartz & Schwartz, Attorneys at Law, P.A., a law firm with offices in the mid-Atlantic region of the United States. He is licensed to practice in the States of Delaware and Maryland.