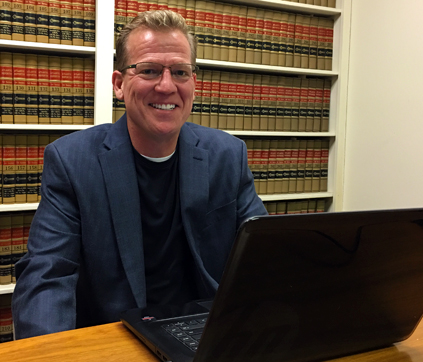 Scott Smith joined Schwartz & Schwartz, Attorneys at Law as a Senior Case Manager. You can read about our official announcement here. Scott was a Claims Specialist III at Nationwide from 2001 to 2014 where he had responsibility for multiple lines of injury claims, including personal injury, bodily injury, dog bite injury, homeowner legal liability, fatalities and catastrophic injury. Prior to his engagement by Nationwide, he spent six years at AIG as a Claims Representative, and eight years at General Accident Insurance Company as a defense litigation paralegal. Scott holds a Bachelors Degree in Business Management from Penn State University.

What does Scott Smith do for Schwartz and Schwartz?

Scott Smith works with the attorneys in the firm to manage and consult on personal injury and wrongful death claims.  Scott is also available for mediation in wrongful death and personal injury claims.  Scott is a Delaware Superior Court certified Mediator. One of the things Scott enjoyed doing at Nationwide was coordinating and conducting “settlement days”. Scott is available to carriers and defense counsel to conduct “settlement day” conferences at Schwartz & Schwartz or off-site.

Ben Schwartz worked with Scott when he was at Nationwide and he considers him one of the sharpest, most motivated and most talented claims professionals he has ever worked with. Scott and Ben handled, and most importantly resolved, catastrophic injury and wrongful death claims when he was working for the defense. Schwartz and Schwartz is very glad to have the opportunity to have Scott on our team.